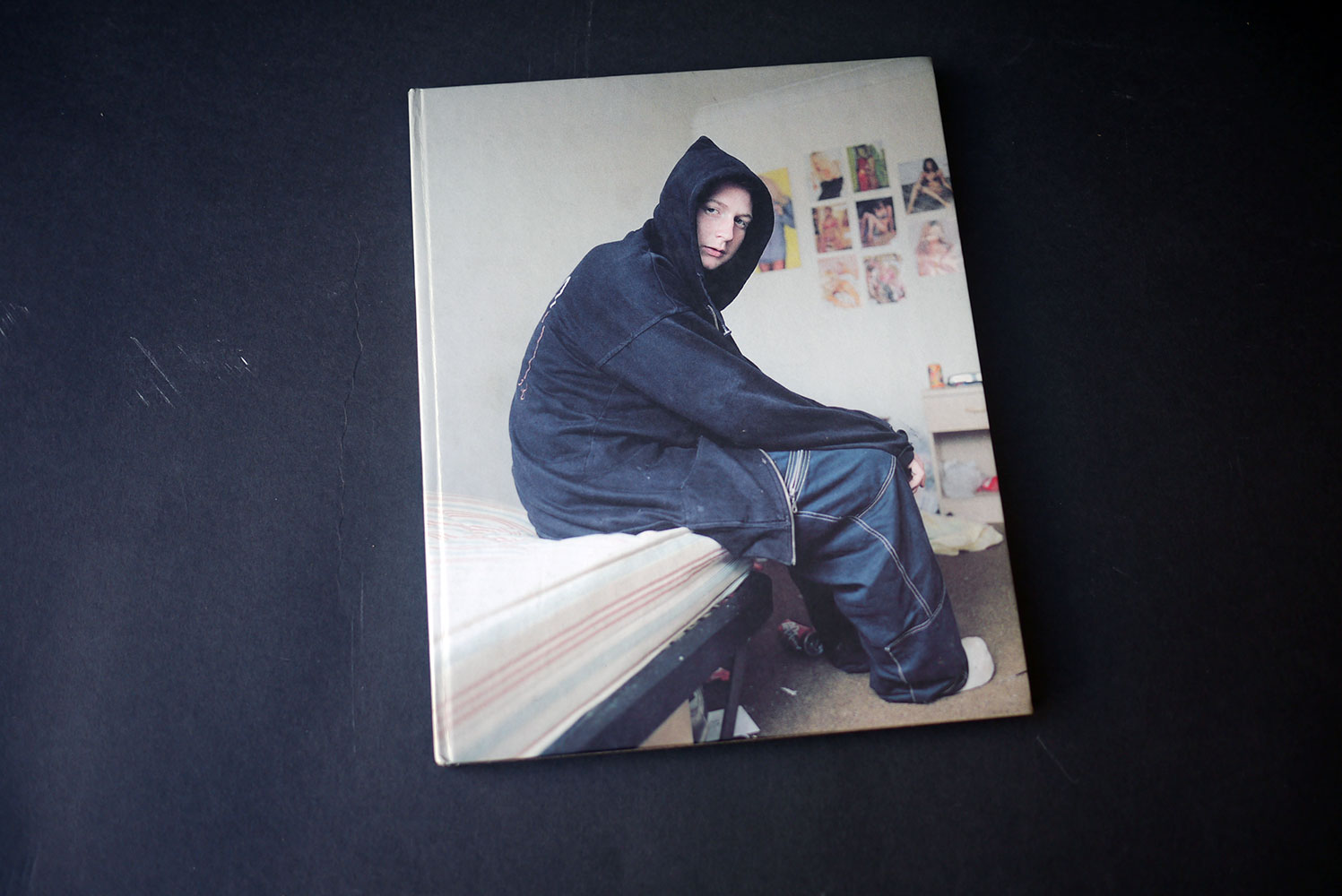 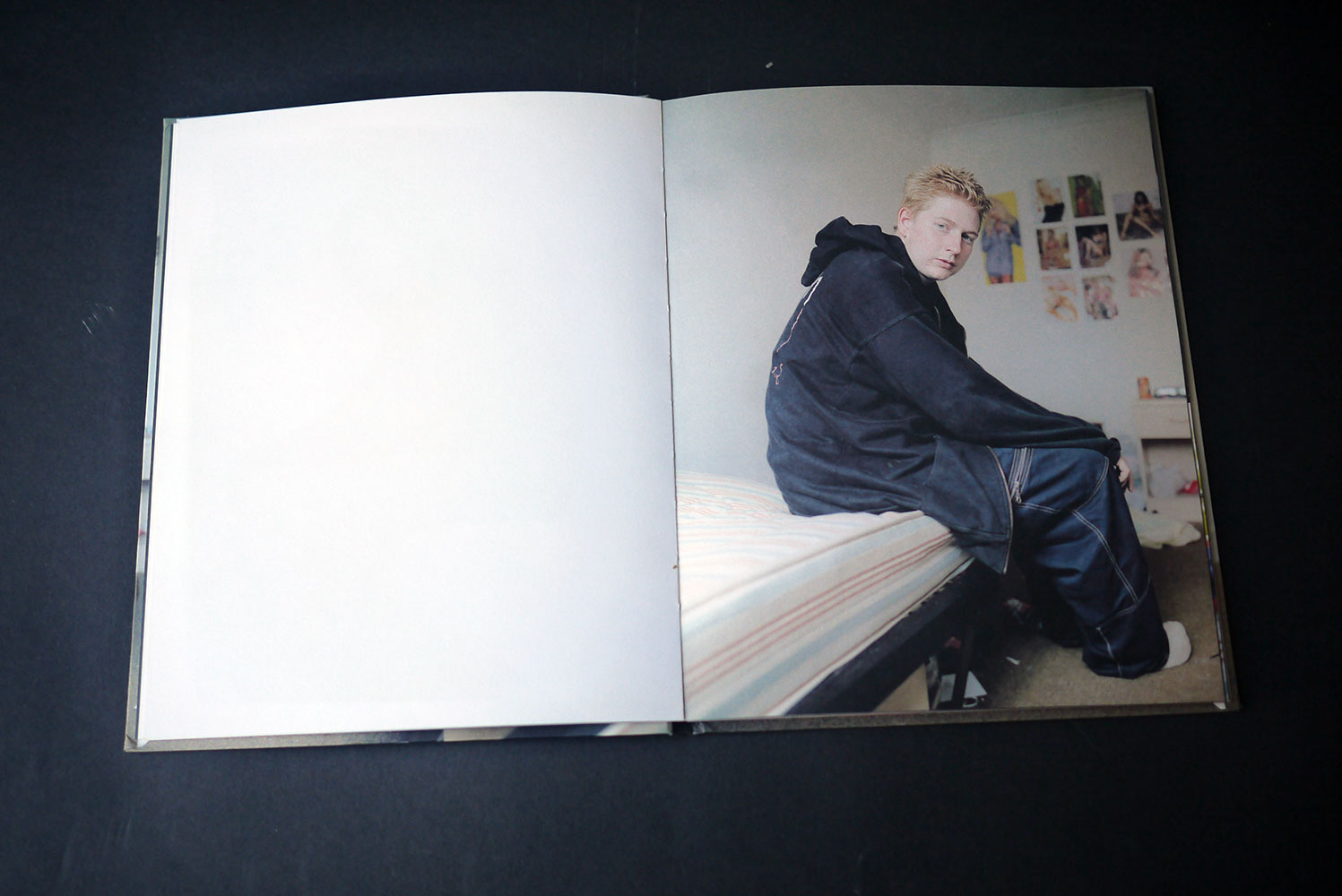 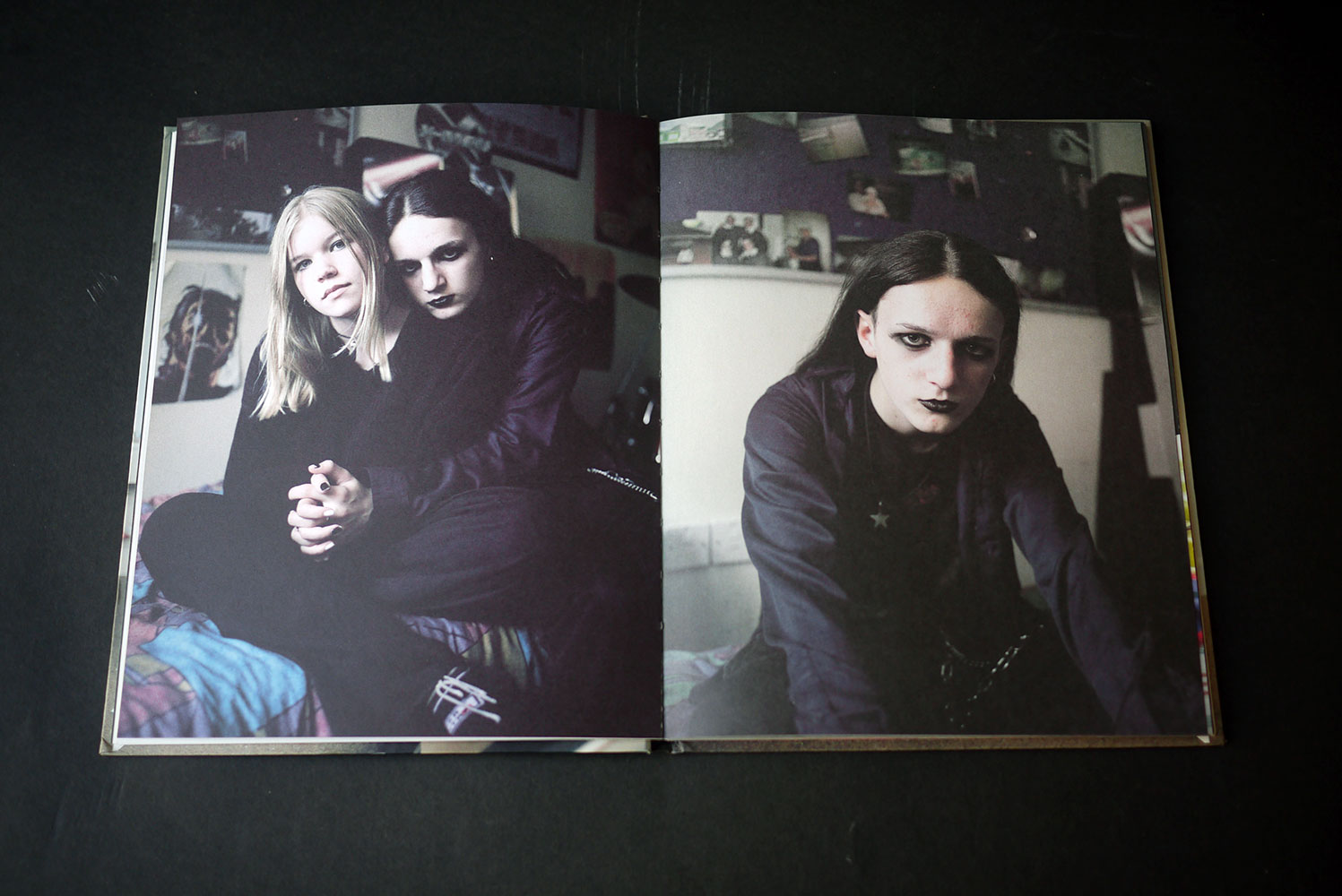 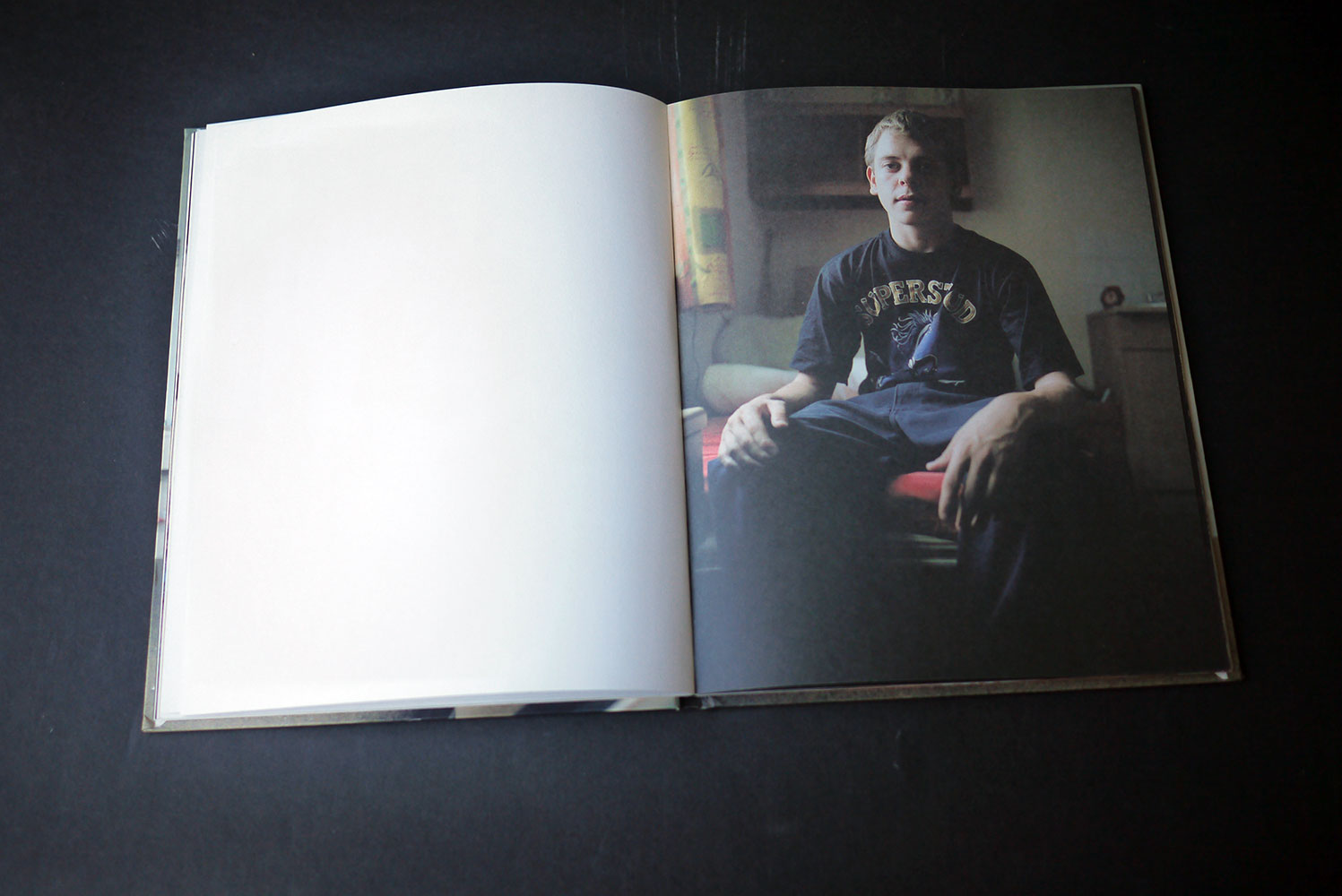 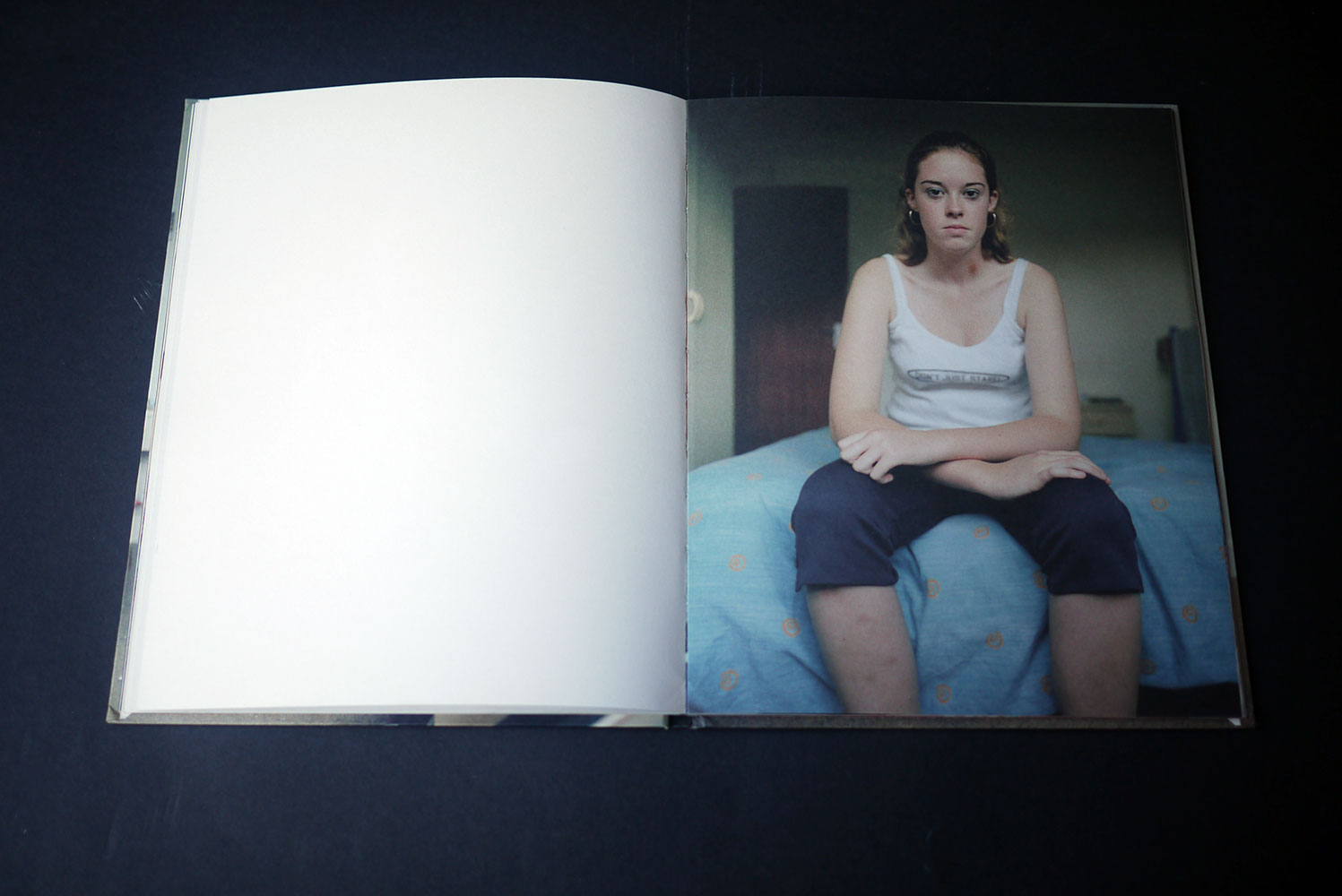 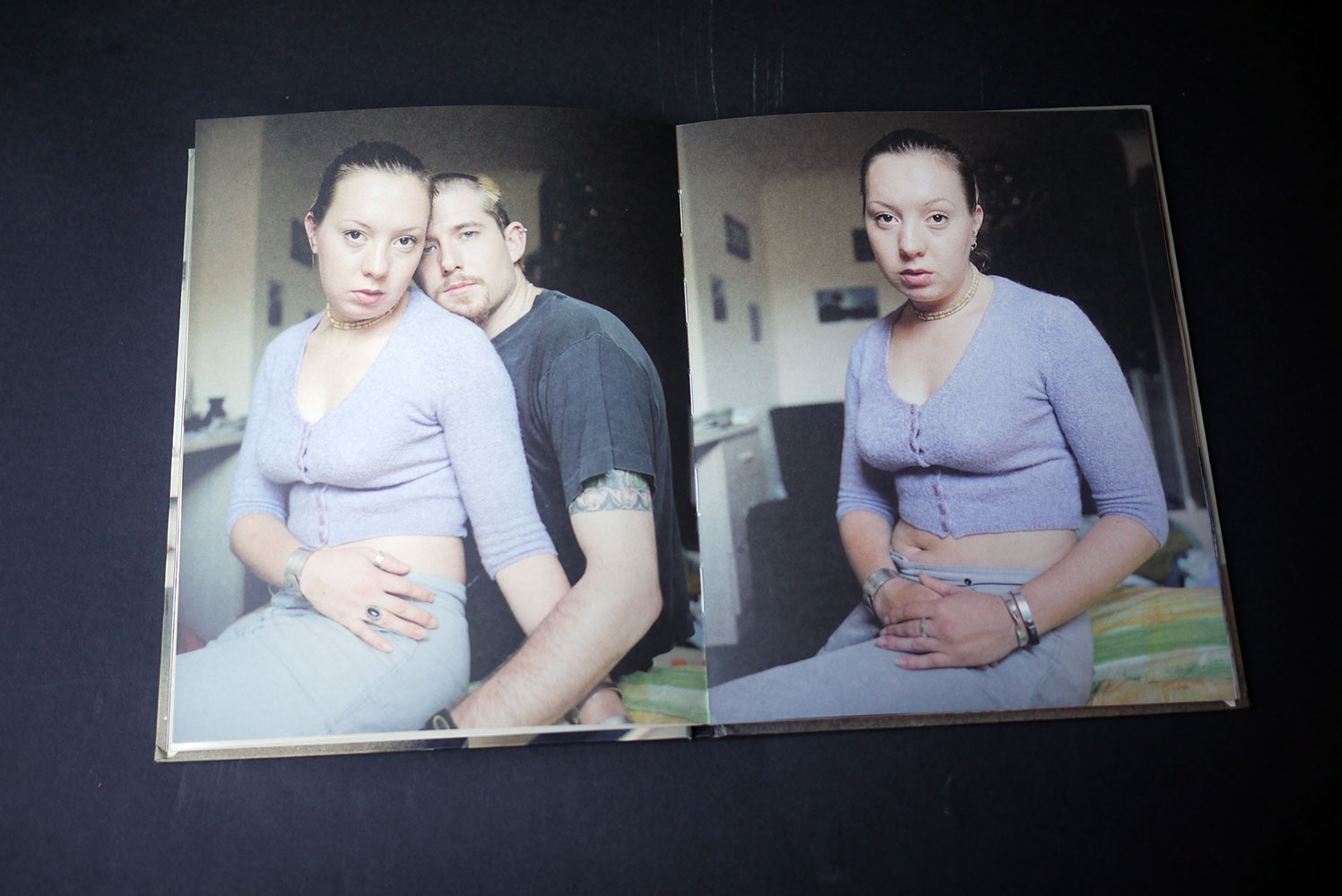 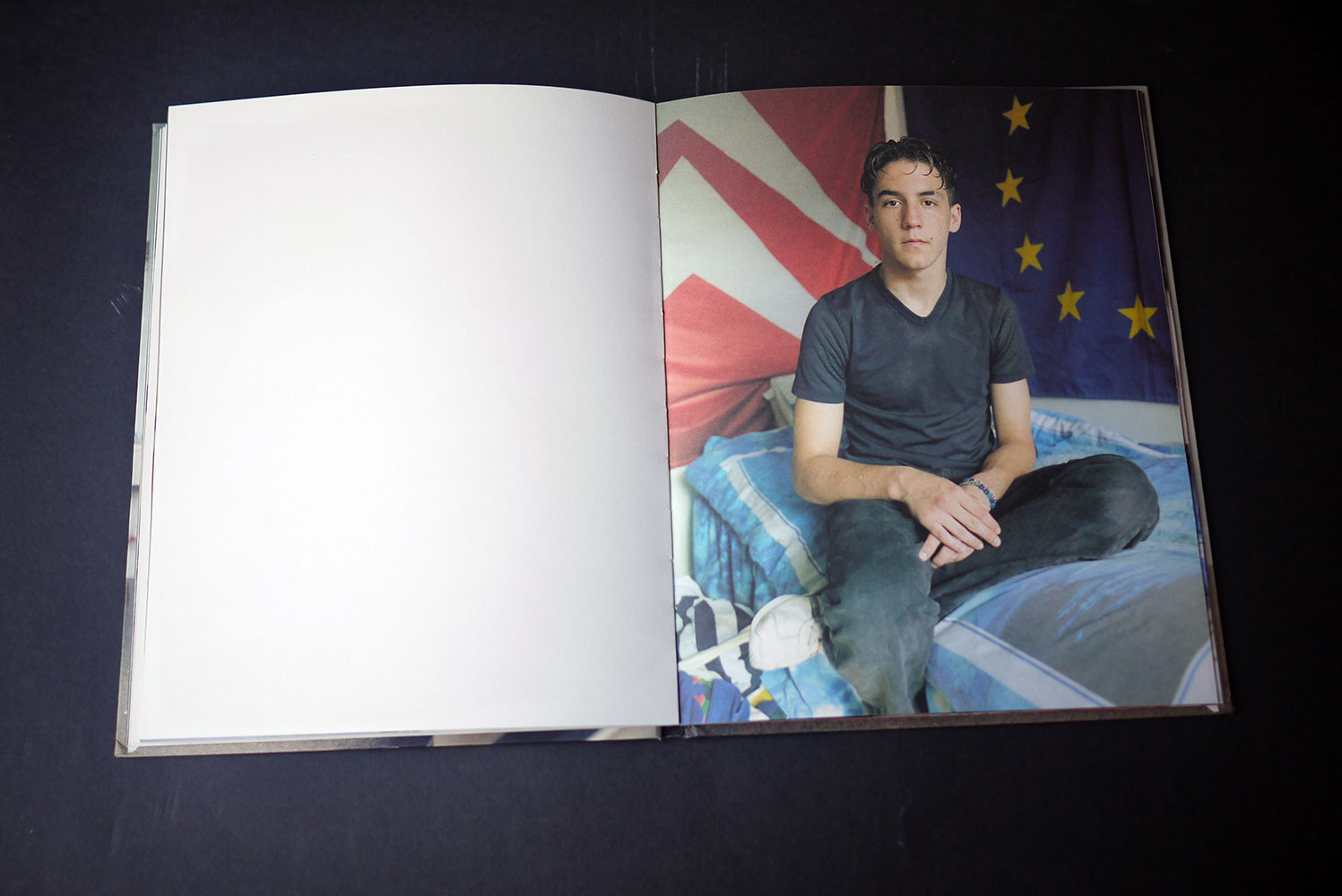 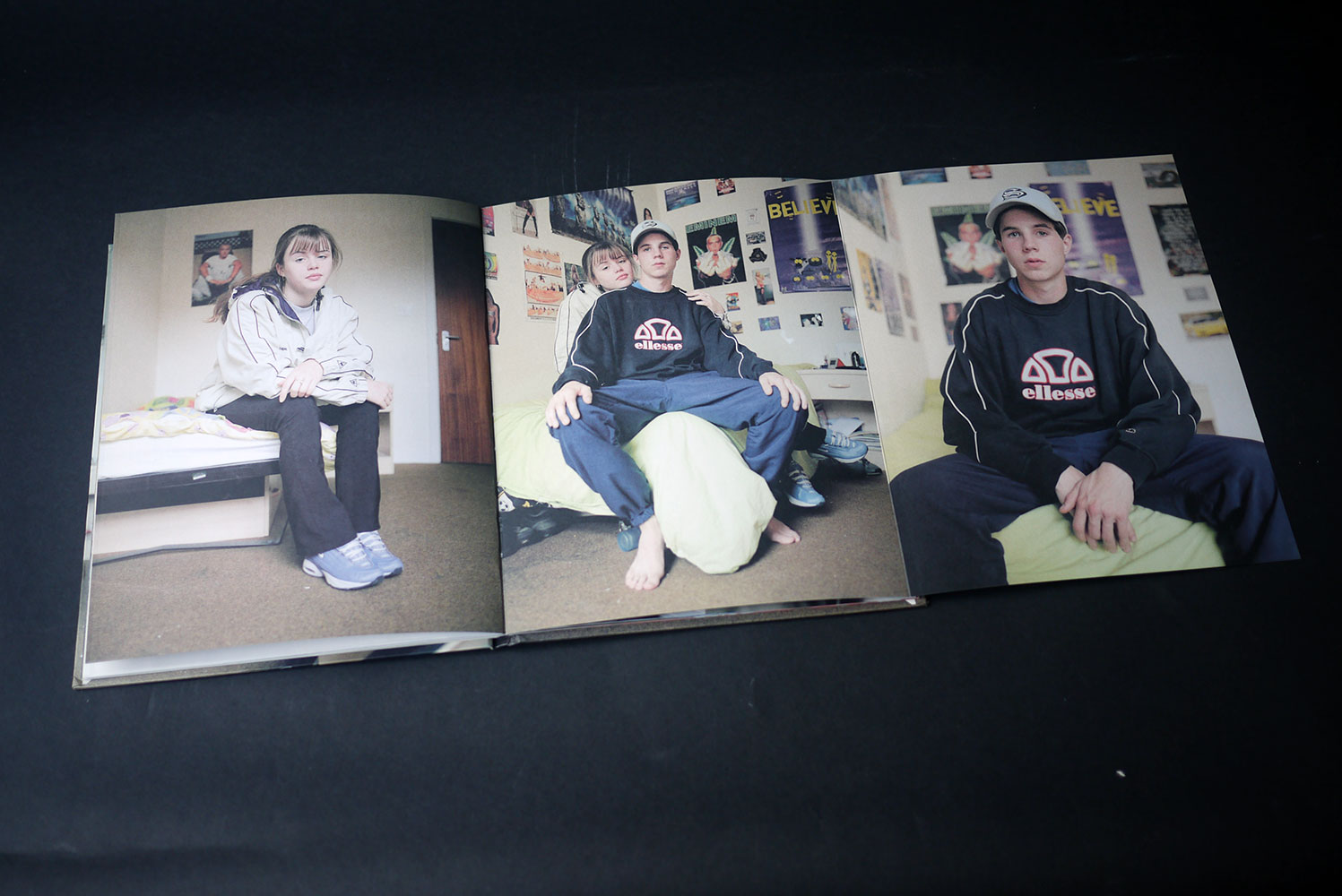 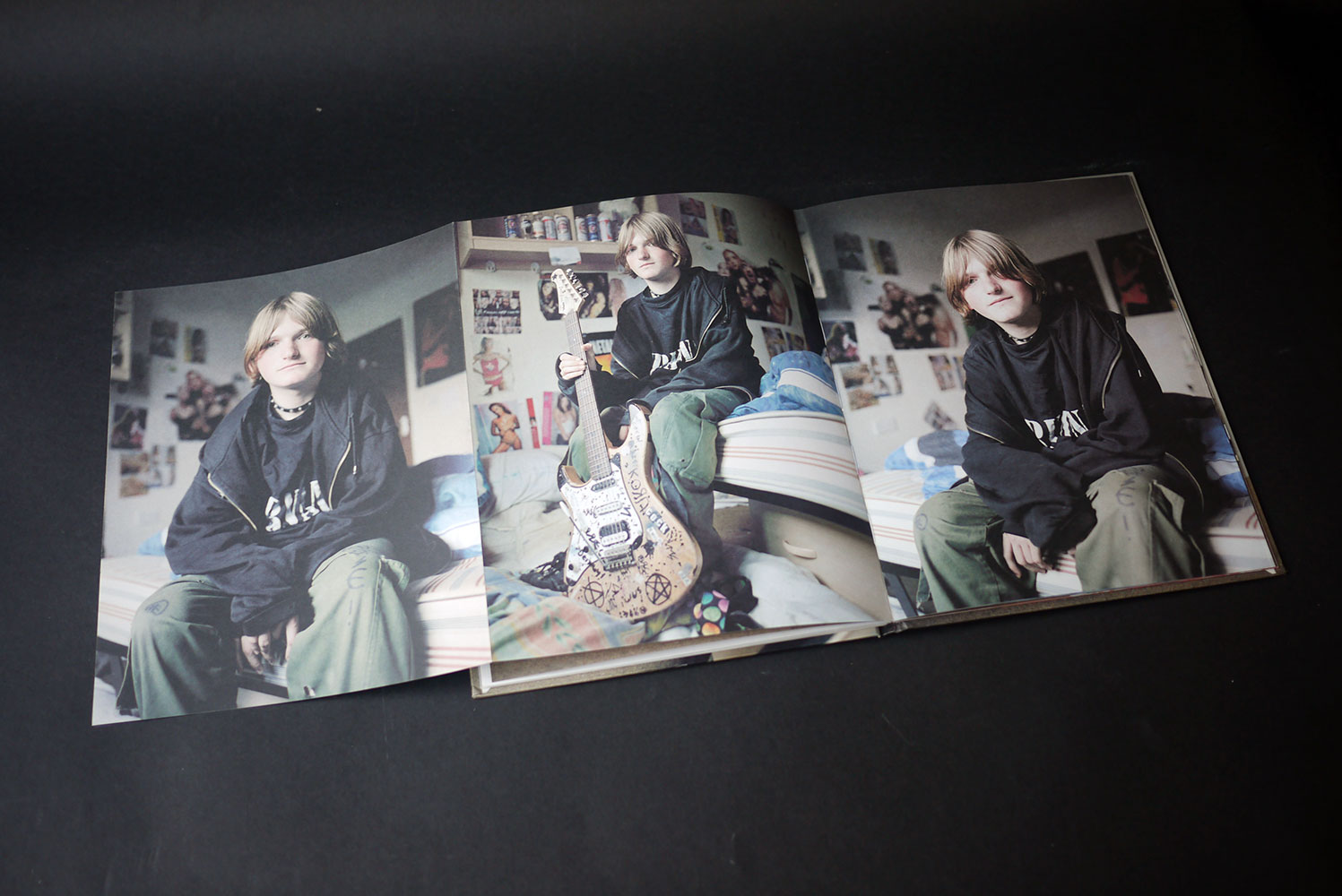 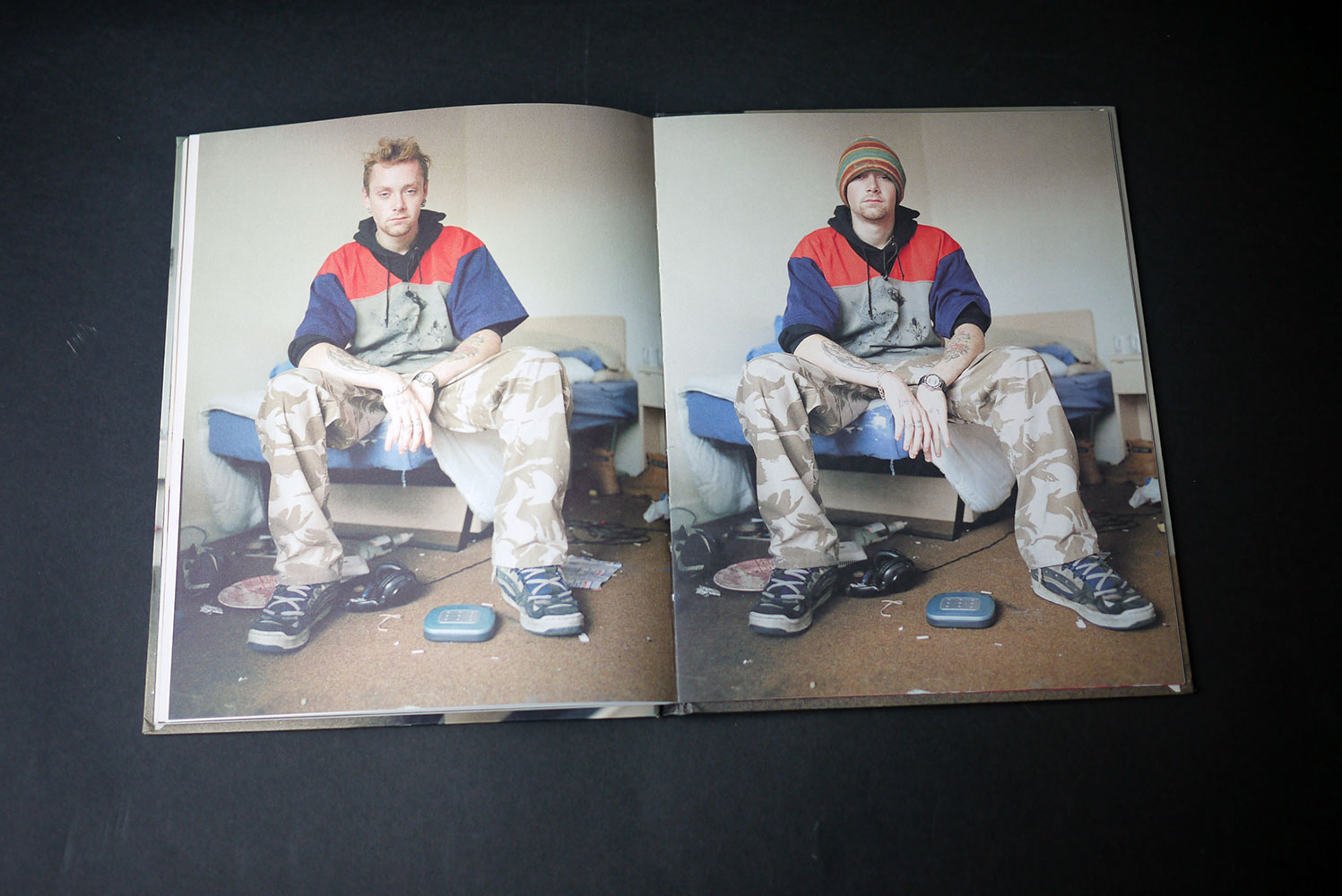 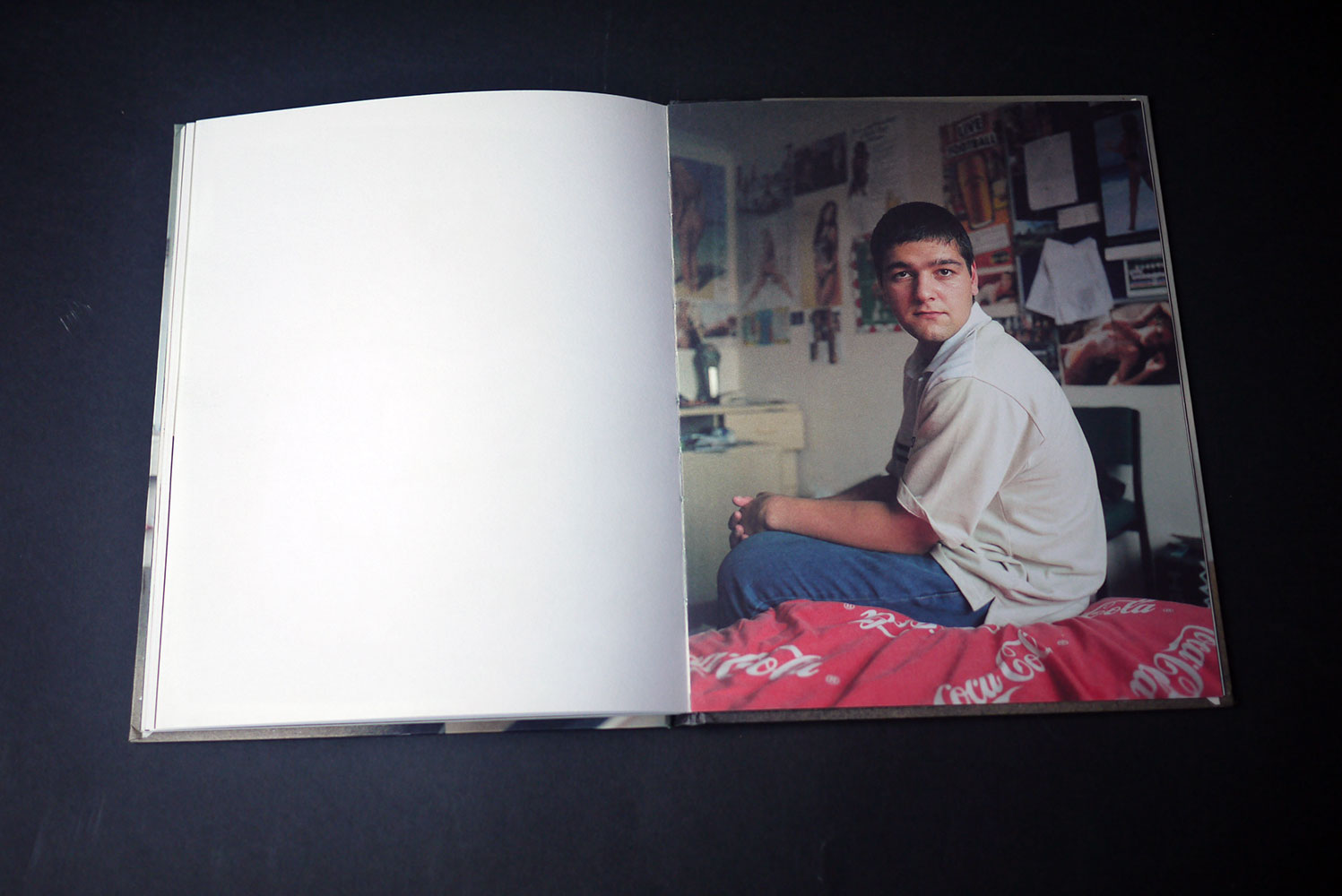 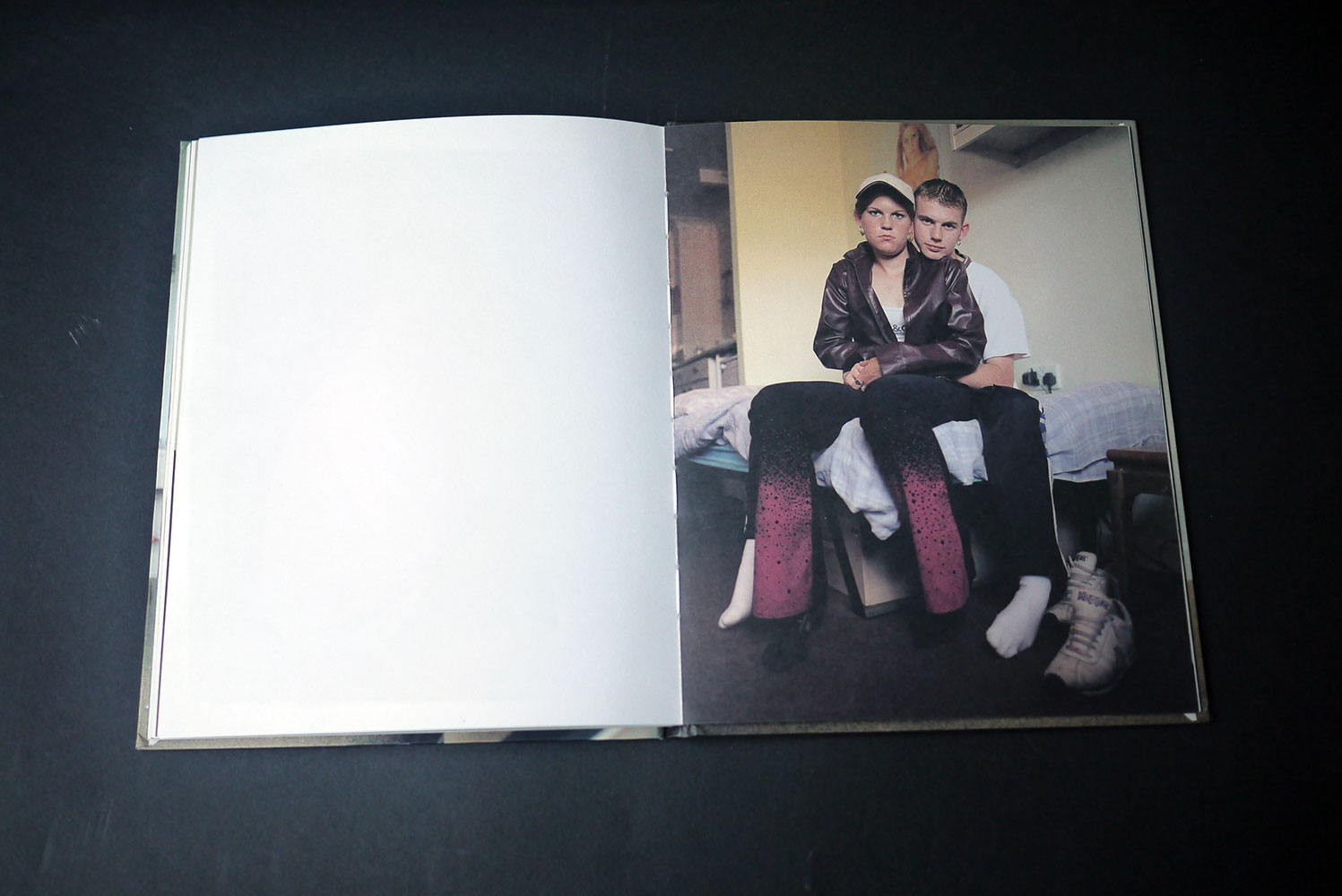 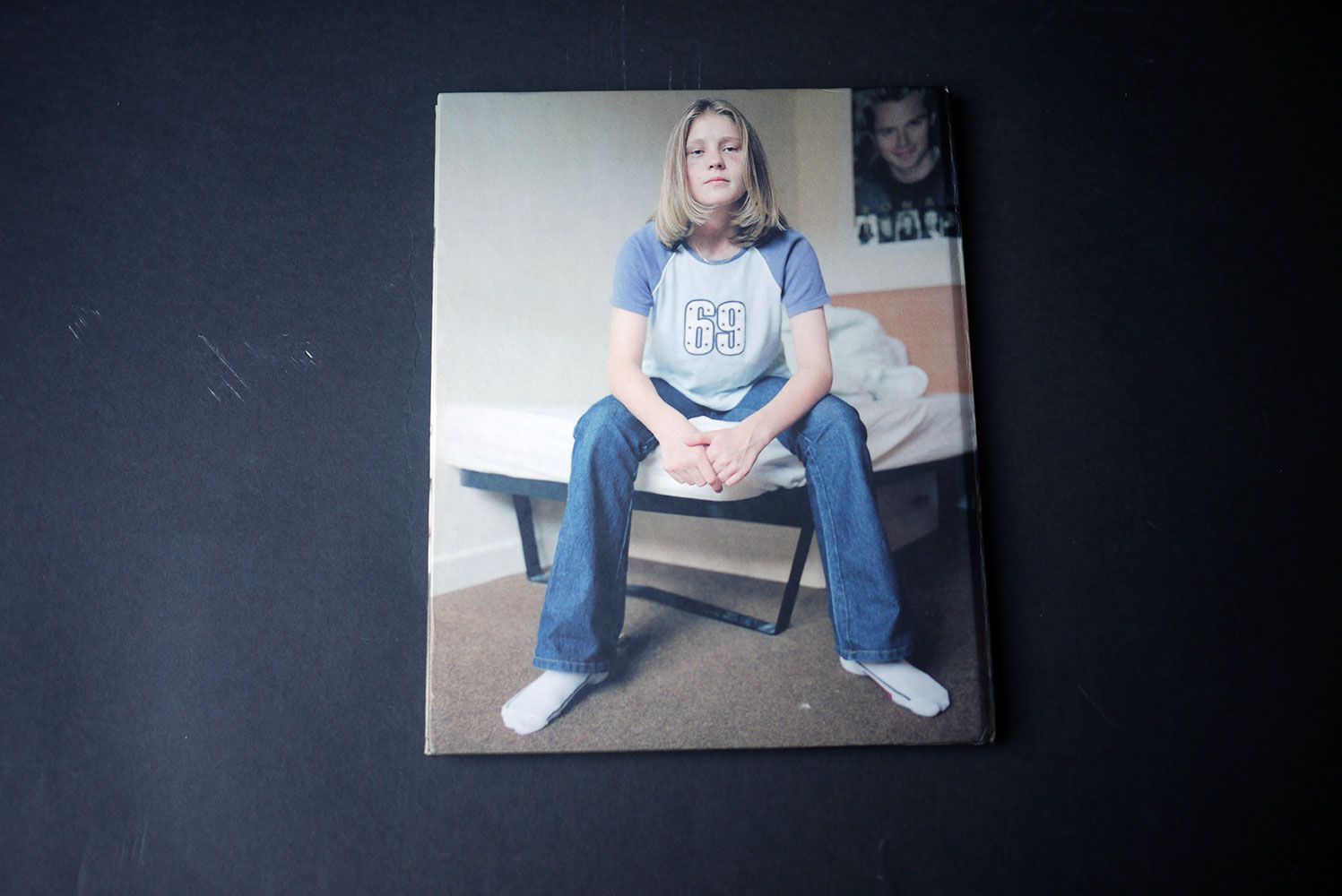 52 Pages
19.5 x 24.5 cm
Colour
Hardback
Edition of 1000
Introduction by Charlotte Cotton
Design by Tom Hingston Studio
ISBN:0-9543788-0-6
Produced during an artist’s residency commissioned by Volcano at lighthouse, Poole’s Centre for the Arts in 2001.

To create documentary photography that can eloquently speak of a moment in history, a place and human relationships requires a photographer to negotiate, temporarily, a role in the lives of others. Gareth McConnell’s photographs of the young people – mainly sixteen or seventeen years of age – who live in the flats and shared houses of Quay Foyer have that eloquence and are born out of the potential for mutual trust he brought to this project.

Some of the Quay Foyer residents are shown in a single portrait, others in couples, presenting their bonds of love and friendship. There are also portraits in diptych or triptych form, selected from the gentle shifts in camera angle and posture in one sitting. All these photographs are taken in the bedrooms of the residents. The beds, the carpets and storage units are the same in all the rooms and the personalising of these institutional spaces is created by the idiosyncratic decoration and debris in each. Just as the embellishment and clutter of the bedrooms chips away at the institutional feel of these interiors, McConnell’s way of photographing the sitter does not, precisely, standardise them either. Most of the young people sit on the edge of their beds, similar enough to each other in their poses to suggest a fairness – an equality – in the photographer’s treatment of them, but not forced into a uniformity whereby signs of personality are made interchangeable between the sitters.

Identity and character seem bound up in the subtle details of both the rooms and the figures. The outward signs of the determinacy in youth to create and display burgeoning adulthood, sexuality and aspirations are evident in the clothes and hairstyles that the sitters wear. The ways in which they hold their hands, the curves of their backs, the bumps and bruises on their skin become readable as the modest expressions of each sitter’s sense of self. There is also a strong residue of childhood in their demeanours, embedded like reminders of each person’s history and the incomplete nature of transformations as adulthood is reached. Similarly, the bedrooms offer up the resident’s aspirations and passions as well as a general sense of where they have come from through the collages of posters, banners and souvenirs that act as touching ‘mind maps’ within each room. But with this series of photographs there is a crack between the dreams and the reality of the resident’s situations that visually centre on the beds on which they sit. The duvets, mattresses and the legs of the beds are too thin, lack softness or luxury. The inference is that these are homes made as best as they can be out of the limitations of the institutional support Quay Foyer offers. The environment is starkly – given the age of the residents – without the comfort and back up of maternal care.

Gareth McConnell’s engagement with the residents created a pause – long enough for the portrait to be made, away from the noise and chaos of this place – for this delicate time of the Quay Foyer resident’ lives to be revealed. Wherever You Go portrays young people on the cusp between childhood and adulthood, that moment in life that we retrospectively come to know as one where the consequences of our surroundings impacted on the decisions we were able to make for ourselves. The fragility of this symbolic point of human life, and these young people, is beautifully articulated in these photographs.